I realized I hadn’t posted my non-contest entry for Envy (well, I had, but half of that post disappeared, along with my designation of the drink of the month  – The Hurricane).  Well, here it is.

I didn’t want to take the patient in 311. I’d known Cherry Sullivan since nursing school – we’d been inseparable as nursing students – even working together after graduation at the same plastic surgeon’s office. But a lot had happened since then. Not all of it good.

“Cherry, I’m going to be your nurse tonight,” I said, closing her chart. Her paperwork told me she had been admitted after a routine cosmetic surgery. Liposuction – yet another in a long list of “enhancements” including breast augmentation, rhinoplasty, lip remodeling, chin implant, and cheek implants. Patients routinely went home – or to a nearby hotel after this type of surgery but, apparently, a cosmetic surgeon with some pull could get his wife admitted to a private room on demand.

“Oh, Laura, I’m so glad. Maybe we can get caught up”. She reached for my hand with her perfectly manicured one, her huge diamond engagement ring glinting. I pulled my hand away, suddenly ashamed of my chewed fingernails and stubby fingers, and punched some buttons on the bedside monitor. I turned back and looked into her turquoise eyes – colored contacts being yet another enhancement – I remembered her eyes being blue, but not this shade. Her sculpted face, perfectly symmetrical and flawless, looked hopeful.

I thought, “Fat chance.  I’ve got five other patients who are actually either sick or in need of care. I’ve got meds to give, dressings to change, and paperwork up the wazoo. Fat chance I’m going to have time to sit with you and catch up.”

As I reached the door Cherry said “Laura, I hope there are no hard feelings about the job”.

I stopped but did not turn around. The job. When we both had been employed by the same cosmetic surgeon’s office after graduation, we were elated. Two years later Cherry had married the good doctor and I, four months pregnant, had been replaced by a medical assistant. Make that two medical assistants – after all, they were much more economical to employ than Registered Nurses. I had gone from a dream job working 9 to 5 to 12 hour shifts at the hospital, working nights, holidays and weekends. I went from peaceful nights to trying to sleep during the day with my three children romping in the next room of the crowded apartment under the less-than-watchful eye of my chronically underemployed, perpetually sullen, and habitually lazy husband. She had a successful husband, a McMansion, a nanny, and didn’t work outside the home. What hard feelings?

“I’ve got to go, Cherry. I’ll be back in a bit”, I said ignoring the subject. I felt the atmosphere change.

“Bring me a ginger ale and something for pain, right away, could you?” she asked, her voice petulant.

“What am I, some sort of waitress?” I mumbled on the way to the medication room. I prepared syringes and slipped them into my scrubs pocket.

“Right away, my ass” I said out loud.

I stopped and prepared the requested soft drink, and headed back to her room, getting interrupted multiple times in the process.

I attached a syringe to her IV and pushed in a small amount of pain medication.

“This should help”, I said.

“What took you so long?” she whined.

I slammed the plunger down, twisted the syringe off and attached another.

“This should help a lot”. 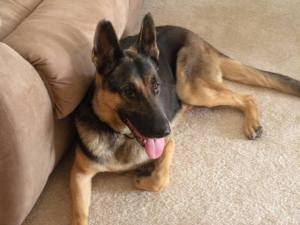 I also realized that I hadn’t designated a prize for this round.  I thought about making the cookies offered last round, which Dave graciously declined in favor of a donation.  But it’s roughly 100 degrees here and I’m too cranky to bake.

So I asked my dog Shelby what I should do.  Shelby told me that she is the envy of all the dogs at the shelter, having won the rescue and adoption lottery and going to a forever home where she is not only pampered, but loved unconditionally.  Shelby also loves children so much, she thought any organization that helps grant wishes to children would be appropriate.  I have to agree with her.

The winner will be able to designate a charitable organization, which helps alleviate the envy by granting wishes of children or animals,  to receive a $40 donation.  In addition, Lenore Diane has graciously agreed to donate funds to an organization chosen from a list supplied by her.  So get your buddies to vote here, and figure out which organization will receive the money WHEN YOU WIN!!!

25 responses to “Envy – What Hard Feelings?”