That Girl Ain’t Right in Her Brain…

Let me tell you what hap…..look, a squirrel…happened to…Is it lunch time?

I ended 2012 in a quiet way.  I started New Year’s Eve alone in a motel room, lazily sleeping in.  I was wrapping up a 2 week visit to the frozen Midwest to celebrate the holidays with family.  I stood in the hotel bathroom…trying to decide – jacuzzi bath or quick shower…jacuzzi bath or quick shower.  I had indulged in the jacuzzi bath the previous evening because I am old and the cold weather made everything hurt so much.  My skin, unaccustomed to a fortnight of the dry heated air of my former homeland, was becoming flaky and scaly.  So I opted for a steamy shower…to be followed with a slathering of assorted concoctions forbidden by the airlines to be transported in my carry on, in an effort to restore some semblance of moisture to my skin.

While shampooing my hair, I was suddenly assaulted with a stinging spray of scalding hot water…I reached down, eyes closed, to adjust the shower temperature and – WHACK…smacked my head on a shelf in the shower designed to be a permanently affixed soap dish.  I didn’t knock myself out or anything, but I definitely saw stars and swayed a little bit, suds streaming into my eyes.  I steadied myself and finished the shower – a tiny goose egg appearing at my left temple at the hairline.

I finished my final family visit, returned the rental car, and flew home.  As much as I hate flying, I have to say that my flights went extremely smoothly.  I arrived home shortly before midnight, and welcomed the New Year with an embrace from my loving Sweet Cheeks and was nearly knocked over by my fluffy 95 pound fur-kid, so complete was her joy at seeing me again.  All was right with the world.  Life is good.

The next day, while watching an endless stream of forgettable bowl games, I realized I couldn’t read the scores on the television screen.  Thinking my glasses were dirty, I cleaned them repeatedly – but the situation did not improve.  I awoke at 3:00 am with a screaming headache unlike any I had ever experienced.  I’ve had migraines for years and this was definitely not a migraine.  I drug myself to work.  I obsessively cleaned my glasses, trying to get my vision to clear up.  The headache raged on, and I developed a sensitivity to light that required me to stay in my office with the blind pulled and the lights off.  I noticed a difficulty with concentration, and a feeling that something was just not right…but my brain did not connect the dots.  Half of my time was spent thinking something was wrong and the other half spent thinking everything was all right, sometimes in the same minute.  I remembered hitting my head, but somehow really couldn’t understand the severity of the situation.  Or figure out what to do.

On Friday I had some tests scheduled, and was feeling even more strange.  My headache raged on, and I developed double vision.  I had driven myself to the testing center, but the receptionist could see that I was struggling and suggested I call my doctor.  I managed to get myself home.  I e-mailed the boss and told her I couldn’t make it in to work.  I called the doctor and explained the situation.  Their office was full of patients with flu-like symptoms and they couldn’t squeeze me in.  They instructed me to get to their walk-in clinic for evaluation.  A physician examined me and wanted to get a CT scan to make sure I didn’t have a bleed going on in my brain.  He tried getting me into their imaging center, but it was too late in the day and he didn’t want to wait over the weekend.  He directed me to the Emergency Room, and called ahead to explain what was needed.

Over an 8 hour period, the first part spent with my head under a blanket trying to block out the sights, bright lights, and piercing screeches of the unwashed multitudes that gather in a hospital ER on a Friday night, I waited to find out if there was anything untoward going on in my skull.  More than usual, I mean.  There is always something untoward going on in my skull, which at that time felt as if it would explode.  I was finally moved to the “quiet room”.  The one where family members usually receive bad news.  In the dark, we waited and waited…

My husband, never a patient man under the best of circumstances, wheedled, agitated, advocated, demanded, and issued mildly worded veiled threats to move the overwhelmed and understaffed personnel to obtain a CT scan, read the CT scan, and see to my situation.  For nearly 8 hours he pushed the limits of acceptable behavior in order to achieve his mission. 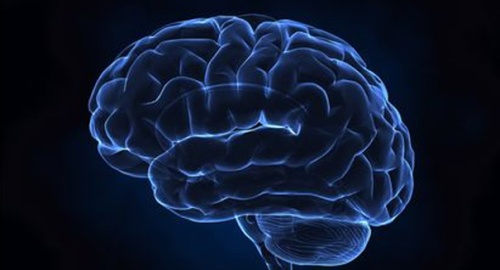 The good news – there was no bleeding going on in my skull.  The bad news – I had likely sustained a concussion from the blow to the head and was experiencing post-concussive syndrome.  The symptoms – vision disturbances, memory issues, headaches, inability to concentrate, issues with problem solving – can last for weeks, or even longer.

So, it pains me to say that I’ll not be able to quarterback any football teams…I won’t likely write an award-winning novel this week, and I may even forget to put on underwear.  On the bright side – I can’t concentrate for very long on the sad and depressing things that had brought my blogging to an abrupt stop last month.  I’ve got some drafts I may pull out but mostly I’m going to try to get myself…oh, look…a sandwich!!!

Maybe I’ll be like Mama Cass.  It was rumored (and she even stated in an interview with Rolling Stone) that her voice was changed after being hit on the head with a piece of pipe and suffering a concussion.  Maybe I WILL write an award-winning novel…what was I saying?

53 responses to “That Girl Ain’t Right in Her Brain…”